The MP for Selwyn, Nicola Grigg is pushing for a law change that is a direct result of an investigation carried out by two Year 13 Rolleston College students. 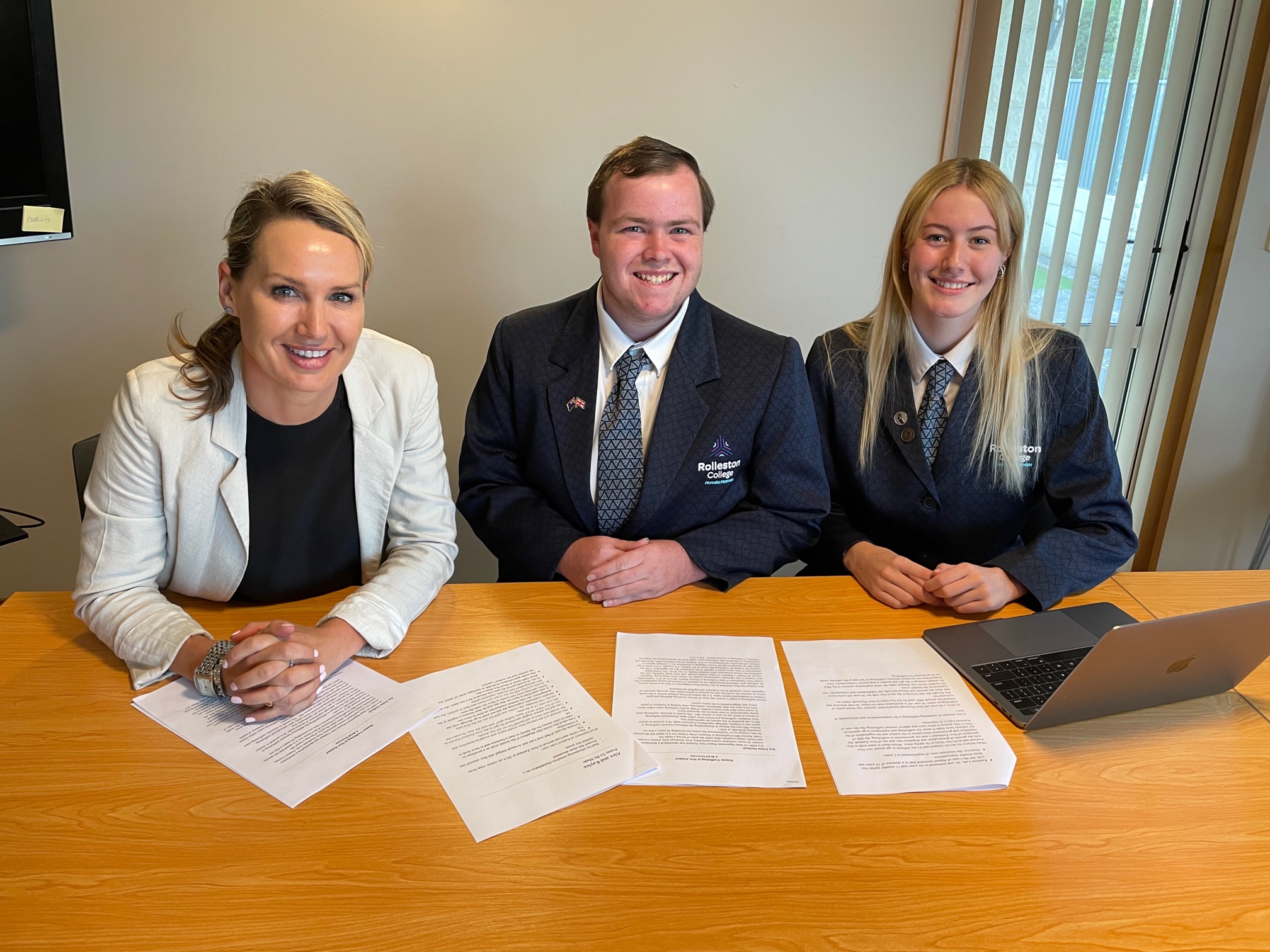 “Earlier this year I was approached by Kaylee Hill and Alex Prendergast who had identified an anomaly in the Crimes Act that meant New Zealand law doesn’t adequately provide for crimes of human trafficking.

“As Alex and Kaylee have identified, human trafficking is today’s modern day form of slavery, involving gross violation of fundamental human rights. It is the fastest growing criminal activity in the world.

“The 2021 Traffic in Persons (TIP) Report by the US State Department shows New Zealand has dropped from tier one to tier two, as New Zealand no longer fully meets the minimum standard to stay in tier one, and recommends New Zealand progresses with strengthening our legislative approach to human trafficking.

“Section 98D of the Crimes Act fails to distinguish the difference between trafficking in adults and in children and, although exploitation of persons under 18 is covered in section 98AA, the penalties in this section are significantly less.

“New Zealand’s trafficking provisions focus solely upon international trafficking, evidence of which can be seen in section 98D and this results in domestic trafficking cases going unprosecuted.

“Most New Zealanders will agree this is appalling and I was so impressed with Alex and Kaylee’s investigation that I have drafted a Private Member’s Bill seeking to change this. I have presented this to the National Party Caucus and am pleased to say my colleagues were equally impressed with their work.

“My Bill, called the Crimes (Increased Penalties for Slavery Offences) Amendment Bill, includes a simple amendment to increase the penalties for every one dealing in slaves (Section 98) and every one dealing in people under 18 for sexual exploitation, removal of body parts, or engagement in forced labour (Section 98AA) to reflect the penalty given to everyone who is trafficking in persons (section 98D).

“Amending these penalties will achieve a cohesive penalty regime that is a step forward to achieving New Zealand’s hard stance against human trafficking.

“The Bill will now be entered into the Ballot and, with any luck, will be drawn for a First Reading – if and when that happens, that will be a really proud day for these students,” Ms Grigg says.